Voice of the Blood
Home and Outland, Medieval & Traditional Music from Orient & Occident

In several aspects, «Voice of the Blood» is the
‚younger sister' of Sarband's long-time success
«Vox Feminae».

Sidi Larbi Cherkaoui choreographed «Vox Feminae»
as «Origine», and in more than 100 performances
together with dancers from four continents
we had the opportunityto fathom the significance
of origin and home for art, society and single human
beings, and to define and redefine the significance
of the 'voice of the blood' for our music and
our human existence.

The more our postmodern society is characterized by the dissolution of well-defined cultures of origin, the less evitable it is for
us to define and redefine our relation to home, which is not a given anymore. However, home as a process of determining
one's 'place' does not imply excluding the Other, but embracing it as a part of oneself.

Parting and hope for reunion, home and outland, journeys to the horizons of human experience. Does home mean only proximity,
or can it be situated far away? Home does not exist without its counterpart, the outland. It is formed in human existence
somewhere in the nowhere between the certain, but irretrievable past of our memory and the uncertain promise of our future,
in its spiritual dimension between this worldly life and the hope of a world to come.

For almost three decades, Sarband have been travelling the thin line between Early Music and Traditional Music.

The relationship of performers and audience towards Early Music, be it Medieval, Renaissance, or Baroque, is at first intellectual
and rational, because these repertoires survived centuries of archiving and being forgotten only in their written form.
Present-day performers recreate them with expertise and creativity as sensually perceivable sound worlds. Listeners make
them come alive in their own perception through ever new associations, which in turn are often dependent on the spirit of
the time: the 'dark', 'mystical' or 'sensual' Middle Ages, the 'mysterious', 'colorful' or 'cruel' Orient …

Traditional music - with its impact dependent on the degree of a society's traditionality - ties performers and listeners to their
cultural, ethnic and religious roots. Mothers' songs, music from religious practices, love songs, memories of a home left behind,
times gone by, people lost. Two musical worlds with great powers, deserving to be connected with each other in order to release
buried emotions and reestablish broken links.

A Swedish singer, who became devoted to the near-forgotten tradition of her home after years of expertise as a singer of
European Medieval music. A Lebanese singer, who studied Oratorio in Germany, discovered European Medieval music
for herself and remembered the Arab Christian songs of her childhood on the stages of Germany. A Bulgarian raised in
Germany, who studies the culture of the Ottoman Empire, thus connecting Orient and Occident in order to make the
complex tradition of his ethnic home come alive to himself.

They have long been journeying on their own personal world travels across historic times and geographic spaces,
sing songs from their own spiritual and geographic home and meet in their mutual intellectual home: Medieval music.

«Ensemble Sarband makes a strong impression.
That all features of a concert are perfect, that just everything is perfect, is a rare experience.
Such a great moment was actually granted to the listeners of the program "Voice of the Blood" …
The harmonious and thrilling repertoire selection, the musicological expertise of the artists, coupled with contagious
natural musicianship, the stylistically confident and charming performance that never betrayed the deeply religious
significance of the works, the very high musical level, united with interpretative ardor, allowed the audience a spellbound
immersion into geographically and chronologically alien worlds and created an uplifting experience. For a long time,
Sarband, under the direction of Vladimir Ivanoff, belongs to the top early music ensembles, however takes a special
position, apart from customary comparableness …
While Miriam Andersén with her diamond-clear soprano soars up to ethereal heights, Fadia El-Hage delights with a stunning voice range, sultry and mellow, down to full-bodied male profundity, and made the unaccompanied Aramaic chants highlights of the concert. Vladimir Ivanoff supported the appreciation of the audience with instructive elucidations and accompanied most of the songs with frame drum and lute. The lute developed a wonderful interplay with the harp in the sefardic ballad "Una tarde de verano", that, with Fadia El-Hage's devoted performance, was the climax of the concert, apart from Miriam Andersén's masterful rendering of the apocalyptic vanitas chant "Audi pontus"» wit, Wiesbadener Kurier (Germany), 16.08.2013

«Harmonic fusion as Utopia –it can be found in music … this results in a tapestry of sound,  in whose texture
the Oriental and Occidental strands have become hardly discernible   – a wonderfully melancholic ideal. …»
Nicole Strecker, Ballettanz (Germany), 4-08 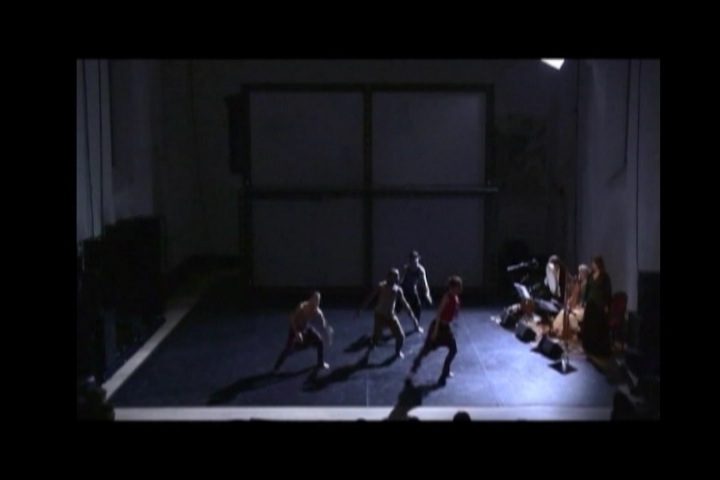