Inspired by the «Grand Tour» in the Early Modern Age: pilgrimages, diplomatic missions, mercantile expeditions,
and adventures in far away countries.

We travel to the unreachable places of exotic desires: From Antonio Vivaldi's musical fairytale about the Great Moghul Ali Akbar
in 16th century India, to contemporary Korean composer Isang Yun, who, while living in Germany, was dreaming about Old China, to Boris Blank (mastermind of "Yello"), painting his own soundscape of the great Taklamakan desert.

We include works by European musicians and scholars who explored the wealth of Oriental musical cultures, enlarging our knowledge and understanding: Venetian Jesuit priest G.B. Toderini notated some music from the ritual of the whirling dervishes;
the ambassador G.B. Donà, also from Venice, published 6 traditional Turkish song:
Both wanted to show that the Ottoman Turks were not only brave warriors but also fostered a high standing cultural life.

Traditional East European dances, pieces from the seraglio of the Ottoman sultans, folk music from Armenia.

And we visit the paradise made of air: the flute has an important role in Eastern and in Western cultures. In Greek mythology
she was known as Pan's instrument, also played by shepherds - she was the symbol of Arcadian bliss and bucolic feasting.
In Buddhism and in Sufic Islam, the flute is a help in meditation, and a musical path to transcendental experience,
reuniting the true self with creation.

«… the unique orchestra, which enchants through it's exotic beauty of sound, is held together by the archaic percussion of ensemble director Vladimir Ivanoff, who also provided magnificent arrangements bestowing a lot of space for improvisation to the soloists … » Dr. Lothar Jahn, Waldeckische Landeszeitung, 28.05.2016

«… The program commuted between meditative, narrative and transcendental melodies, blended times and worlds, as if it was following a natural current - the music seemed to be formed from air, water, sun and the winds … This was enriching and intoxicating, and demanded two encores - and the wish for continuation.» Wolfram Quellmalz, Dresdner Neueste Nachrichten, 14.05.2016

«Intoxicating globetrotting … The palpable joy of the musicians to discover the Old again, and to replenish it with exotic timbres, electrified the audience very soon. … music can be that sensual, spirited … an evening seducing us to dream, conquering time and space with ease … and finally proves, how thrilling and connecting a good concert can be.» Nicole Czerwinka, elbmargarita.de, 12.05.2016

«Dorothee Oberlinger is the undoubted master of the recorder … Vladimir Ivanoff obviously constituted the musical conscience in this outstanding concert.» E.-W. Holländer, Dewezet.de, 9-15

«With his informative and entertaining talks, Vladimir Ivanoff accompanies the audience through the program and introduces the various musical instruments. Not only his explanations show great expertise: he also shows his art on diverse frame drums. Stratis Psaradellis enchants the audience with his Greek lira, Uǧur İşık is a master on the Turkish fiddle, like Celaleddin Biçer on the Ottoman Nay (flute). The program ranges from Medieval melodies to contemporary music, opening space for
wonderful improvisations. The music showed us that different cultures can communicate easily,
if their protagonists just want to.» Michael Zerban, Opernnetz.de, 9-15 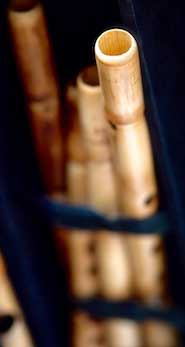 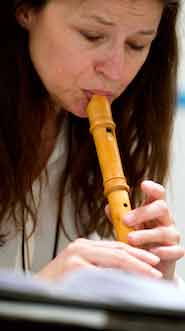 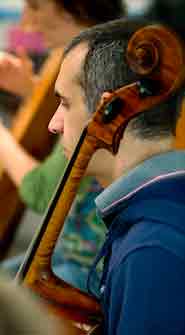 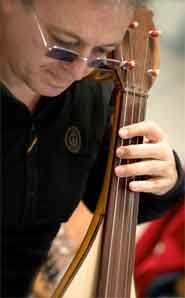