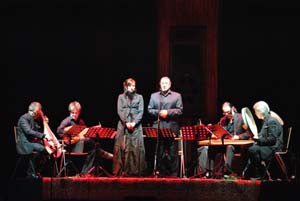 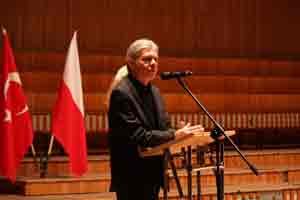 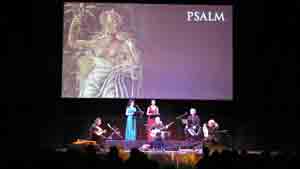 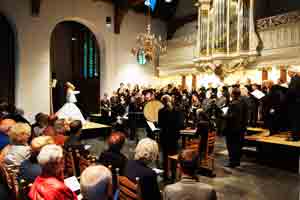 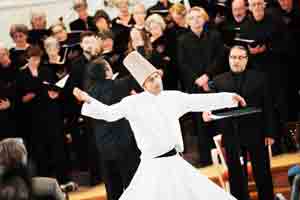 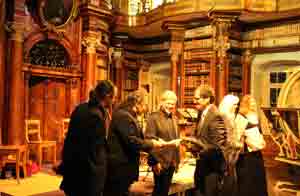 «In a very impressive way, this CD with the "Miserere" by Gregorio Allegri, proves how contemporary Early Music
can be. Vladimir Ivanoff, a musician highly esteemed for his connections between Orient and Occident, also
director of Ensemble Sarband, arranged this composition for three choirs and saxophone.
Combined with the recording location - the unique Viennese church by Otto Wagner (1841-1918),
and with the technically exquisite recording -
this results in a vanquishing, downright mystical musical  experience.»
Rainer Aschemaier, The Listener (Germany), 28.10.2014

«In this church with its widely radiating golden dome, also the cultural horizon of Christian confession
is transcended, such as the Bulgarian master of transcultural encounters, Vladimir Ivanoff, has chosen
as the mission of his life. His task was never the exotic extravaganza for the sophisticated voyeur,
but always the subtle fusion and juxtaposition of styles, the dissolution of tradition,
the magical time leap.» Christoph Schlüren, Gramola (Austria), 01.11.2014 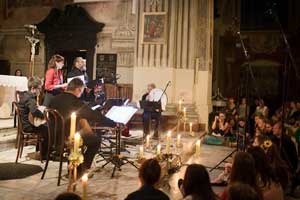 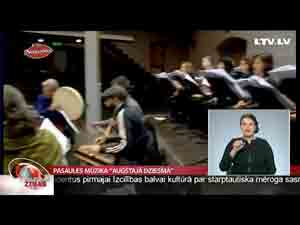 «Praise of drunkenness - Enchanting homage to Hafiz and Rumi - An exhilarating, downright intoxicating
experience at sunset, under the open sky, with no hangover the morning after»
Reinhald Kalb, HFN (Germany), 06.08.14

«Intoxicating poetry and timeless music created an exhilarating sound space, enriched by the twittering of birds,
swooshing of leaves and some raindrops. The composition of traditional Franconian atmosphere,
Turkish and Persian tradition and German romanticism enchanted the audience.» Jens Voskamp,
NN (Germany), 05.08.14 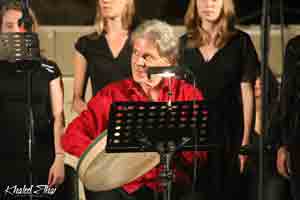 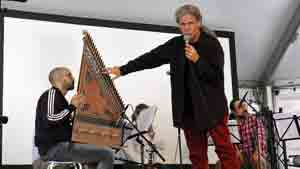 «Sparkling finale: "Orient meets Occident" combines a silent movie, dance and music in a strong total experience.
If you missed this, you missed something superb: The final performance of "Orient meets Occident" …
enchanted the audience. The Europasaal is sold out, the atmosphere is terrific … And how they play!
The chamber orchestra unleashes a sumptuous abundance of colors … »
Frank Piontek, Nordbayerischer Kurier (Germany), 28.08.2014 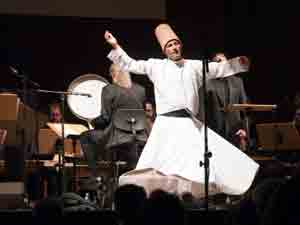 «Between Orient & Occident - Concert Sarband at the Beethovenfest Bonn - Orient met Occident,
Christion Baroque music encountered Turkish and Syrian-Orthodox chants, performed by Sarband,
directed by Vladimir Ivanoff … A remarkable experiment …
The key to the successful blend was the alienation effect. And the voices of the flexible, excellent
Fadia El-Hage and Dogan Dikmen, who supported the alliance.
The result levitated between the different traditions, shaped a bridge between Orient and Occident,
summarily dissolved the boundaries between the religions and aesthetics.
Beautiful the haunting "Aljawm", with an elegant solo violin and a strong vocal performance.
The much-needed bridging worked well. Comprehension and awareness were created by music.
Quite a few could learn from this example.» Thomas Kölsch, Rheinzeitung (Germany), 16.09.2014 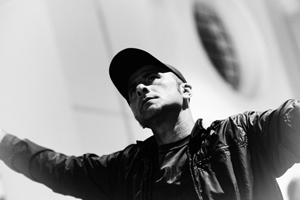 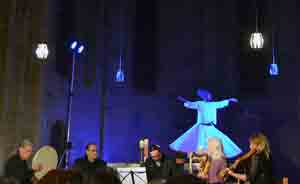 27.09. 15.05. The Perfect Light
Christian and Muslim Music for the Birth of Jesus and Mohammed
Via Mediaeval, St. Maria, Offenbach an der Glan (Germany), 20:00
www.vokalmusik-romanische-strasse.de


«Church song as a liaison between religions - Ensemble Sarband captivated the audience with Christian and Muslim chants - the German-Oriental performance by Sarband, directed by Dr. Vladimir Ivanoff, was a special treat in the program of the festival. The audience listened entranced, and allowed the ensemble only to leave home after two encores. A magical atmosphere emerged in the soft light of the abbey, which certainly also would have pleased Robin Hood, Emperor Barbarossa or Emir Saladin. The whirling dervish in the background, turning in trance, was the icing on the cake. A striking performance …» Martin Köhler, Rhein-Zeitung, 01.10.2014

«Ensemble Sarband connects Christian with Muslim music - 90 worthwhile minutes - Saturday night in the abbey, Sarband did his name proud. "Sarband" means connection. The artists not only succeeded in combining Christian and Muslim Music in a seamless way, but also connected with the audience. The applause, lasting for minutes, was the reward for the group, which took the audience on a journey of more than 1 ½ hours … A transcultural dialogue, full of respect, with music, not words. The group captivated the listeners from the first minute on …» Sven Holler, Die Rheinpfalz, 30.09.2014 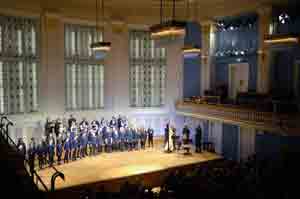